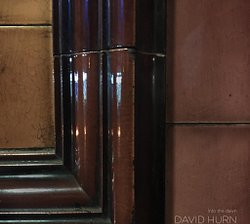 David recently contributed to an audio book version of James Joyce's Finnegans Wake with good friend Abigail Hopkins. This will be released on June 5th 2017 by Waywords and Meansigns, and the entire project can now be listened to here.

David's music can be heard on the discography page, and also at soundcloud, bandcamp and facebook.

David will open for Some Velvet Morning on November 14th at The Scala in London. He will be joined by David Comidi (saxophone / flute) and previewing new material. Tickets are available here.

Ruins (Vol1) is out now and

available to buy as a CD (including

a bonus track) or as a digital

home in London, the album

among others, Chris Prosser,

The album can be purchased

here or via the music page.

Taken from the new album, you

can watch the video for The Party

A video for the single Into the Dawn can be viewed here. The film was made by George Benson.